Jamaal Khashoggi murder is condemnable. Moreover, it is condemning by many countries like England, America, and Asian countries. Therefore, this topic became a trending news. Khashoggi killed in Saudi Arabian consulate in Istambul on 2 October. It is still confusing that who killed him.

Jamal Ahmad Khashoggi born on 13 October 1958  and dies on 2 October 2018. He was a Saudi Arabian journalist, author, and a well-known former general manager. Moreover, editor-in-chief of Al-Arab News Channel. He also served as editor for the Saudi Arabian newspaper Al Watan.

Khashoggi fled Saudi Arabia in September 2017 and went into self-imposed exile. He said that the Saudi Arabian government had “banned him from Twitter”, and he later wrote newspaper articles critical of the Saudi government. Therefore, many people thinks that these are the reasons of his murder. Khashoggi had been sharply critical of Saudi Arabia’s crown Muhammad bin Salman and the country’s king Salman of the Saudia Arabia.

Reasons for his murder:

The reasons for Jamaal Khashoggi murder are complicating. Because his murder is still a big hidden truth. Post column on 3 April 2018 that Saudi Arabia “should return to its pre-1979 climate. When the government restricted hard-line Wahhabi traditions and cultures. He used to say “women today should have the same rights as men. And all citizens should have the right to speak their minds without fear of imprisonment. He also said that Saudis “must find a way where we can accommodate secularism and Islam. As something like what they have in Turkey.

In a posthumous (17 October 2018) article, “What the Arab world needs most is a free expression”. Moreover, Khashoggi described the hopes of Arab world press freedom during the Arab spring. And his hope that an Arab world free press independent from national governments would develop. So that “ordinary people in the Arab world would be able to address

These are also reasons for the murder of Khashoggi.

In the Post, he criticized Saudi Arabia led blockade against Qatar.  Saudi Arabia’s debate against Lebanon. Saudi Arabia’s diplomatic dispute against Canada. And the Kingdom’s crackdown on dissent and media. Khashoggi supported some of Crown Prince’s reforms, like allowing women to drive the car. On the other hand, he condemned Saudi Arabia’s arrest of Loujain-al-Hathlol. who was ranked third in the list of “Top 100 Most Powerful Arab Women 2015.  Eman al-Nafjan, Aziza al-Yousef, and several other women’s rights advocates involved in the women to drive movement and the anti-male-guardianship campaign.

Speaking to the BBC’s Newshour, Khashoggi criticized Israel’s settlement building in the occupied Palestinian territories, saying: “There was no international pressure on the Israelis and therefore the Israelis got away with building settlements, demolishing homes.” 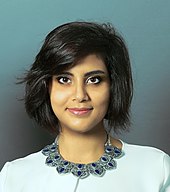 Khashoggi criticized the arrest of women’s rights activist Loujain al-Hathloul in May 2018.

Khashoggi criticized the Saudi war on Yemen, writing “The longer this cruel war lasts in Yemen, the more permanent the damage will be. The people of Yemen will be busy fighting poverty, cholera and water scarcity and rebuilding their country. The crown prince [Mohammed bin Salman] must bring an end to the violence,” and “Saudi Arabia’s crown prince must restore dignity to his country – by ending Yemen’s cruel war.”